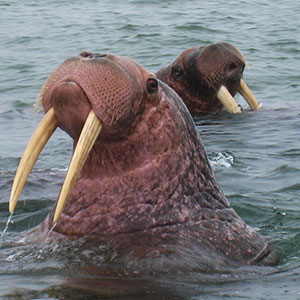 Petropavlovsk-Kamchatskiy to Anadyr: Combining the best of our ‘In Search of the Spoon-billed Sandpiper' and ‘Wake of Bering' Expeditions with new added opportunities. 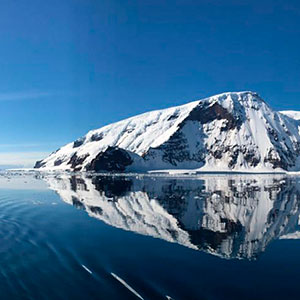 The Pacific Ring of Fire manifests itself in numerous places on the rim of the Pacific Ocean - but nowhere more dramatically than in Russia's Far East. Along one of the world's most active plate boundaries, the Pacific plate subducts under the North American plate and the resulting volcanic and geothermal activity has built a unique and amazing landscape. 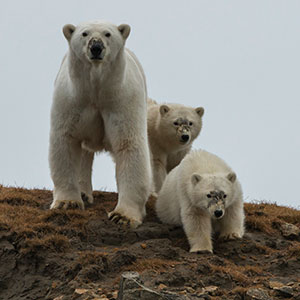 The eastern seaboard of Russia dominates the North Pacific and yet very few people know anything about it, let alone have experienced it. This isolation has protected one of its most valuable assets - its wilderness and to some degree, its wildlife. 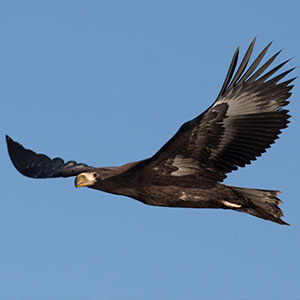 Sea of Okhotsk: Seals, Seabirds and a Legacy of Sorrow

Little known outside of Russia and seldom visited by westerners, Russia's Sea of Okhotsk dominates the Northwest Pacific. Bounded to the north and west by the Russian continent and the Kamchatka Peninsula to the east, with the Kuril Islands and Sakhalin Island guarding the southern border, it is almost landlocked. Its coasts were once home to a number of groups of indigenous people: the Nivkhi, Oroki, Even and Itelmen. Their name for this sea simply translates as something like the ‘Sea of Hunters', perhaps a clue to the abundance of wildlife found here. 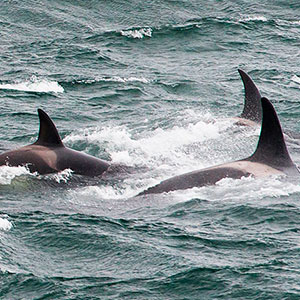 The Chukotka region is one of 85 regions which make up the Russian Federation, officially known as the Chukotka Autonomous District, it was the last part of Siberia to be joined to Russia. The indigenous people of this region include Chukchi, Inuit, Even, Koryak, Chuvan and Yukaghir, the non-native inhabitants are predominately Russian. The Soviet regime initially treated these indigenous people well. 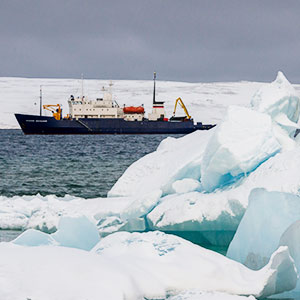 In the Footsteps of Nordenskiold: Through the Northern Sea Route

It was during the Vega Expedition of 1878 - 1880 that Swedish explorer Adolf Erik Nordenskiöld would prove, despite insurmountable odds, that it was possible to sail across the top of Russia to the Pacific and, ultimately, ports in Asia during the first transit of the Northern Sea Route. While hopes it would become a regular trading route were never realised, ice and weather conditions were too unpredictable, the Russians persisted and in 1914 the icebreakers Taymyr and Vaygach would complete the second successful transit. 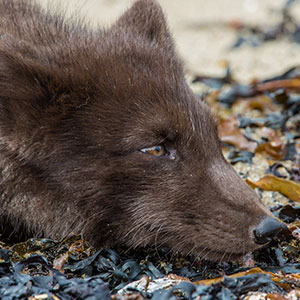 The allure of the mysterious Northeast Passage has captivated adventurers for centuries. Its Russian-controlled waters are steeped in history and mystery, while abundant wildlife is found along its remote shores. Only a handful of passenger vessels have ever completed a transit of this waterway, but recent changes in the summer sea ice conditions mean that it is now possible for a brief time each summer. In 2017, we fulfilled our long held ambition of completing a successful Northeast Passage double transit. 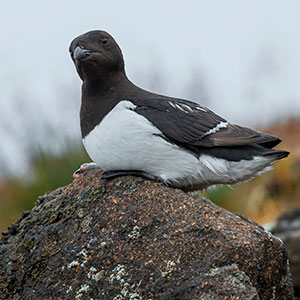 Across the Top of the World: Wrangel Island

This unique expedition crosses the Arctic Circle and includes the isolated and pristine Wrangel and Herald Islands and a significant section of the wild North Eastern Siberian coastline. It is a journey only made possible in recent years by the thawing in the politics of the region and the retreat of summer pack ice in the Chukchi Sea. The very small distance between Russia and the USA along this border area was known as the Ice Curtain, behind which, then and now, lies one of the last great undiscovered wilderness areas in the world.