We would like to offer a wide range of land arrangements for passengers and crew of cruise ship and yachts.

Some unique places such as Valley of Geysers, Kuril lake are too far away or inaccessible on foot or by ground transportation. Nevertheless, people are keen on visiting them and helicopter tours give a great possibility for doing it on a fascinating and gnostic one day-trip.

Flying a helicopter gives a great opportunity to get to those special sights and get a bird’s eye view of the pristine landscapes on the way.

This is arguably one of the last great undiscovered trekking and hiking destinations in the world. Russian Far East offers a wide range of options from easy day or half day “walks” to multi-day extreme wilderness experience. The majority of these activities are encountered in the Kamchatka region, although there are some interesting and unrealized possibilities in the Chukotka region.

Because of the “border zone” designation of this wilderness area, You will require special permits. Permits need to be arranged before You arrive. Some areas are off-limits, so please consult with us as we can save You a lot of time and minimize potential problems. We recommend You to hire local guides as their local knowledge is invaluable. Wild bears pose a real risk to hikers; therefore it is advisable to seek advice before exploring the area, another area in which the local guide will be able to provide assistance. 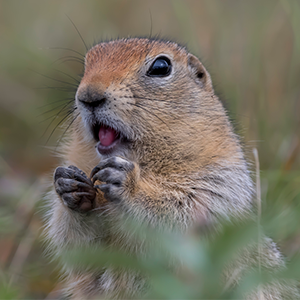 More and more people are venturing into the landscape with their cameras. All of these people have one main desire: to see, experience and photograph nature and wildlife – close up – for themselves, while discovering new places. The Russian Far East is perfect for this. The landscapes are colossal and overwhelming, with vast tracts of wilderness being largely undisturbed; from the storm washed Kuril Islands to the volcano’s of Kamchatka and the Taiga and tundra of the north. Some of these landscapes and vistas have never been captured before.

Wildlife photography is equally diverse, from Polar Bears and Pacific Walrus in the north, Brown Bears in Kamchatka, to amazing bird colonies in the Commander and Kuril Islands. Cetaceans about along the Pacific trench and north to the Arctic provide majestic photographic vistas. The cultural landscape is equally diverse and rewarding for photographers. Buildings, structures and people are as unique here as the natural world is. Because the region is so poorly photographed and documented there is a prominent “undiscovered” element to this region. The seasons are distinct, giving constantly changing sceneries and wildlife across the entire year. In the realization of great photographic journeys, feel free to utilize our team’s expansive knowledge of the area and conditions.

The region abounds with natural history and there is a wide range of environments. The Arctic regions provide habitation for the Snowy Owl, Arctic Fox, numerous Sandpipers, Eiders, Lemmings and Reindeer. Further north, Wrangel and Herald Islands boast the highest denning population of polar bears as well as the largest concentrations of walrus and snow geese in the world. Most of the world’s population of Ross’s gull nest in the northern Russian Far East, while the Kamchatka Peninsula supports the largest population of Brown Bears. Huge populations of Northern Fur Seal, Steller’s Sea-lion and Sea-otter congregate along the sea of Okhotsk and Kamchatka coastlines. It is estimated that more than two thirds of the total seabird population of the former  USSR, an estimated 4.5 million pairs (which includes all remaining Steller’s sea eagles), breed along the Bering Sea and Sea of Okhotsk.

It is estimated that there are more than 2,500 vascular plants within the 4 main vegetation types which includes the Arctic tundra along the northern coastlines of Chukotka. To the south, tundra covers most of Chukotka and northern Kamchatka. In winter, this region is barren, frigid and desert-dry. In summer a dense carpet of gray lichen and wildflowers cover the area forming the food base for animals and migratory birds. Taiga, the large mass of boreal forest that forms the heart of the Russian Far East, extends as a broad belt between 70 and 50 degree latitude. Conifer-broadleaf forests have managed to escape the last glacial period, evolving to become one of the most diverse assemblages of plants and animal species in temperate anywhere on the planet.

The first people to settle this land arrived when the mountain glaciers that had covered much of the territory during the Pleistocene Epoch, began to recede. We know little about these original people, only what archaeological excavations inform. It is believed that the ancestors of native North American’s crossed from Asia to America some 25,000 years ago. The first Russians arrived in the region in the 16th Century. The first Kamchatka expedition, led by Vitus Bering, took place in 1725; with the second and the most famous of his expeditions occurring in 1733. In 1847 Russia appointed its first governor-general of Siberia and by the end of the century, had commenced work on the Trans-Siberian Railway.

Ancestors of the original inhabitants survive albeit in small numbers, but they have kept many of their traditions and practices alive. Bering’s lonely grave on the Commander Islands has been restored. There are many people who remember the Soviet period and are happy to talk about it.

There are literally thousands of rivers and streams in the Russian Far East, with the vast majority of them draining into either the Pacific Ocean, or the Sea of Okhotsk. In Chukotka, many of the tributaries flow north into the Arctic Ocean. These rivers contain the world’s most abundant salmon stocks, and it is the only place with all six species of Pacific Salmon coexist: King (Onorcynchus, tshawytscha), Sockeye (O.nerka), Coho (O.kisutch), Pink (O.gorbuscha), Chum (O.keta), and Masu (O.masu). Scientists estimate that half of the wild Pacific salmon population can be found in the Russian Far East.

Most of the salmon fishing is done in Kamchatka, amidst some of the most spectacular scenery in the world. There are more than 14,000 rivers and springs in Kamchatka alone; over 100 of them are longer than 100km’s. The largest is the Kamchatka River which is 758 km’s long. Salmon fishing (both spinning and fly-fishing) usually takes place between May and October. With our qualified guides being able to provide advice on the best rivers and locations, while additionally arranging licenses, permits and transport, a fishing mecca is only a trip away. We are able to cater for groups and individuals.

BOOK A TOUR
Book a tour